5 Tools To Help You Ditch Diet Culture For Good 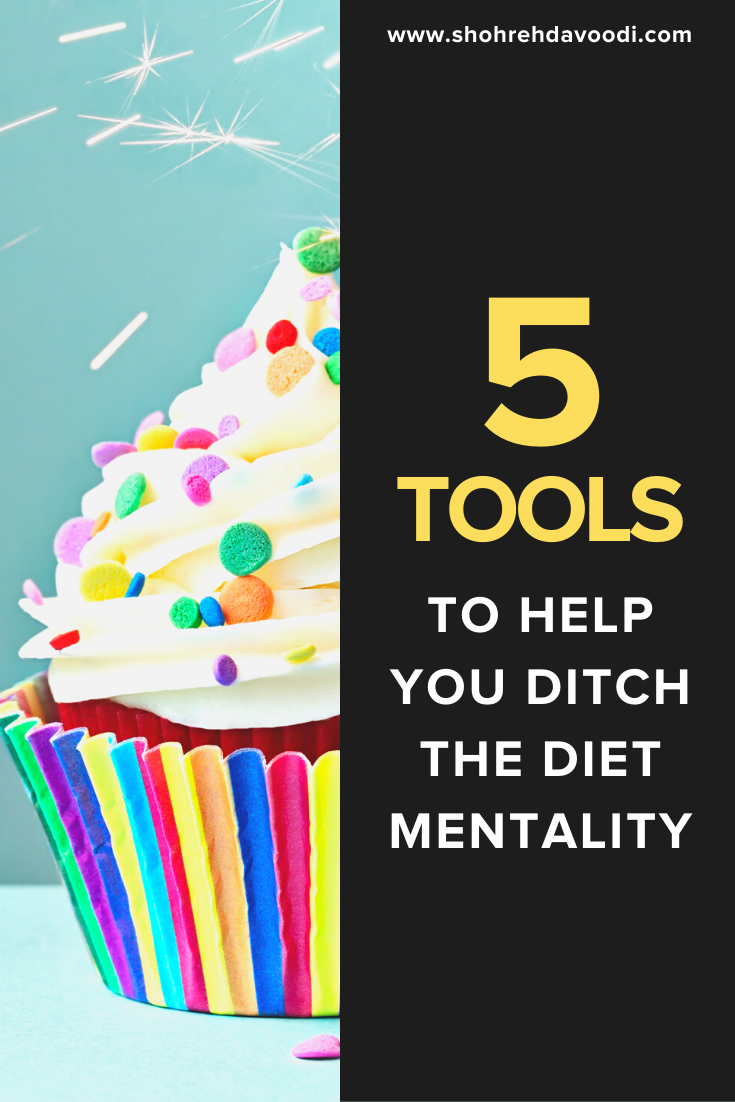 Diet culture is all around us. It influences how we speak and exercise, what we eat and wear, and even how we feel about and talk to ourselves. We are living and breathing diet culture every day, yet most people don’t even know it exists. That’s because it is so deeply embedded into our lives that it seems completely normal (until you start to do a little digging, that is).

What Is Diet Culture?

Diet culture is a system of beliefs and values that prioritizes body weight, shape, and size over health and well-being. Diet culture places moral value on behaviors, products, and goals that are designed to achieve a specific body type.

In the world of diet culture, thin bodies are the most valuable bodies, food can be neatly categorized into “good” and “bad,” and only certain kinds of exercise are worthwhile. The focus is on external goals instead of internal ones, and decisions come from a place of self-control instead of self-care.

You may be thinking, “But I’m not on a diet, so what does diet culture have to do with me?”

The thing is, you don’t have to be on a named diet like Keto or Paleo to be participating in the culture of dieting. Most of us have been living in diet culture for so long that we have an internalized diet mentality that affects how we think about food, movement, and bodies.

How To Spot Diet Culture And The Diet Mentality In Action

If diet culture is all you’ve ever known, at first some forms of it can be tricky to pinpoint. With time and practice, it gets easier to identify diet culture around you and within your own mind.

The most obvious forms of diet culture employ mostly black-and-white thinking. Food is described with terms like clean and dirty or healthy and unhealthy, leaving no room for nuance. Some foods seem to take on magical properties and are described as “detoxifying,” “super,” or “miracle” foods while others are demonized for being “fake” and “junk.”

Under the diet mentality, the simple act of eating can easily turn into a guilt trip or shame spiral. Food decisions may be based on what you think you should be eating instead of what you want to eat, and restricting foods or food groups is common.

Mantras like “Every bite you take is either fighting disease or feeding it” get thrown around, implying that choosing the right foods to keep from getting sick is a personal responsibility and a moral imperative.

Diet culture teaches that exercise exists to atone for the sins of what we’ve eaten and that exercise can be used to “earn” food. The language of exercise is of the harder, faster, stronger variety with an emphasis on a “no excuses” attitude.

Worst of all, diet culture equates weight and size with health. Not only does this ignore additional aspects of health beyond the physical (such as mental, spiritual, emotional, and social health), it also leads to weight stigma and normalizes the constant pursuit of weight loss, often to the detriment of actual health markers.

It’s there when you and your coworkers are celebrating an office birthday and there’s a 5-minute discussion about who’s gluten-free that month, whether the cake is keto-friendly, and how “indulgent” a slice is. It’s there when you judge someone else for what they order at a restaurant or put on their plate at a party.

Diet culture is also there when you’re complimenting someone on their weight loss and whispering behind someone’s back about their weight gain. It’s there every time you believe your body is not to be trusted and that your natural hunger and cravings are a betrayal.

Diet Culture Is Harming Us In More Ways Than One

Diet culture’s harms are widespread. With diet culture in charge, we are expected to spend our valuable time, money, and energy in pursuit of looking a certain way and being “healthy” and “fit” enough. We are socialized to believe that we can earn our worth through weight and wellness. This distracts us from other important aspects of our lives, such as work, education, relationships, and rest.

Diet culture also contributes to the prevalence of eating disorders, which have the highest mortality rate of any mental illness. It’s estimated that up to 30 million people have an eating disorder in the United States alone.1 Many known eating disorder risk factors, such as body image dissatisfaction, weight stigma, and a history of dieting, are par for the course in diet culture.2

While diet culture harms everyone, its effects are especially detrimental to marginalized groups. That’s because diet culture reinforces existing systems of oppression. 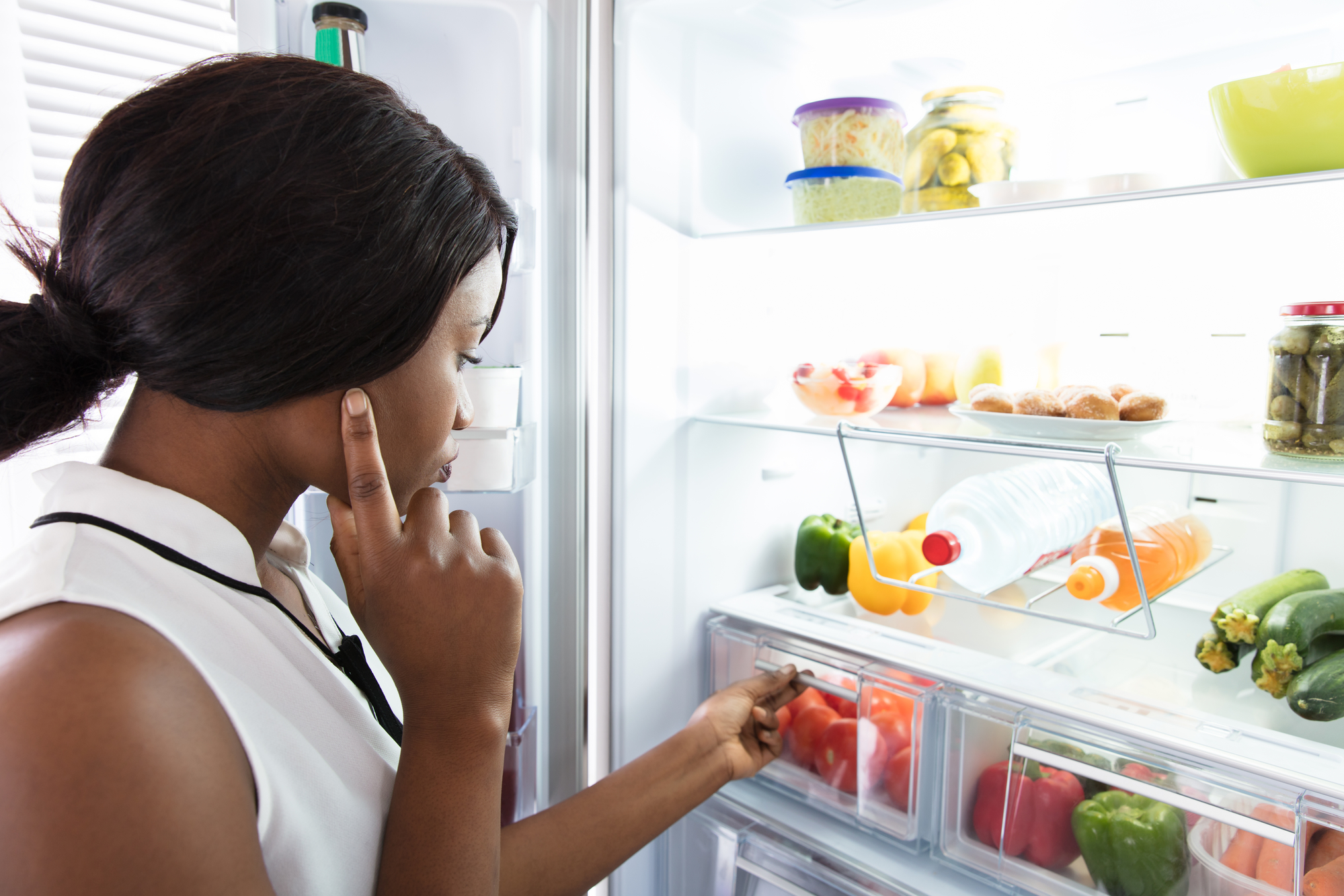 For example, diet culture promotes a single body type (thin and visibly “fit”) as healthy and desirable. This ignores the reality of body diversity and perpetuates widespread fatphobia.

Additionally, the body type diet culture encourages is most often attributed to white bodies that conform to Western beauty ideals. This is inherently racist and contributes to a long history of white bodies being seen as the status quo while all other bodies are seen as less desirable and worthy.

Diet culture also has roots in classism. It pushes a mandatory “wellness culture” with prohibitive costs while ignoring issues like poverty and food availability. Further, diet culture is ableist in its insistence that we can all be “healthy” and stave off disease if we just buy the right foods, take the right supplements, and commit to the right exercise routine.

This isn’t an exhaustive list of the harm that diet culture causes or the types of oppression that it supports, but it does provide a foundation for helping you to understand that when diet culture is the norm, we all lose.

If you have been participating in diet culture and experiencing the diet mentality, you are not to blame for that. The system is at fault, not individuals, and this discussion about diet culture and the harm it causes is not intended to shame you.

Think of diet culture as a stream traveling in a single direction — it’s not only people knowingly swimming with the current who are following the water’s path, it’s also people who are passively floating in the stream.

But there is another option, and that is to actively swim upstream against the current by working to dismantle diet culture and your own diet mentality. It will take time and practice to unlearn years of diet culture behaviors and it won’t be easy (swimming upstream never is), but there are some steps you can take to get started:

Get rid of things that keep you stuck in the diet mentality like low-calorie cookbooks and your scale. Leave behind dieting and restricting for good, and don’t get distracted by the newest fad. Stop putting weight loss and leanness on a pedestal and revolving your life around achieving them to the detriment of your health and well-being.

Commit to catching yourself when you fall back on diet talk in social situations, and start to recognize your internalized food rules so you can practice letting them go.

2. Be Critical of the Language You Use

Once you know what the language of diet culture sounds like, you’ll start to notice it everywhere. Avoid language that:

If you feel comfortable with doing so, you can also gently challenge others who use this language by explaining to them how problematic it is.

If you’re going to leave dieting behind, you’ll need to find a new way of eating that doesn’t rely on external food rules. The practice of intuitive eating will help you become more aware of what’s going on inside your body, so you can start trusting your body again. By learning to eat intuitively, you’ll be able to reconnect with your hunger and fullness cues, focus on satisfaction, and stop restricting. It can be helpful to work with a professional when you’re first getting started with intuitive eating.

4. Nurture Your Relationship With Nutrition and Exercise as a Form of Self-Care 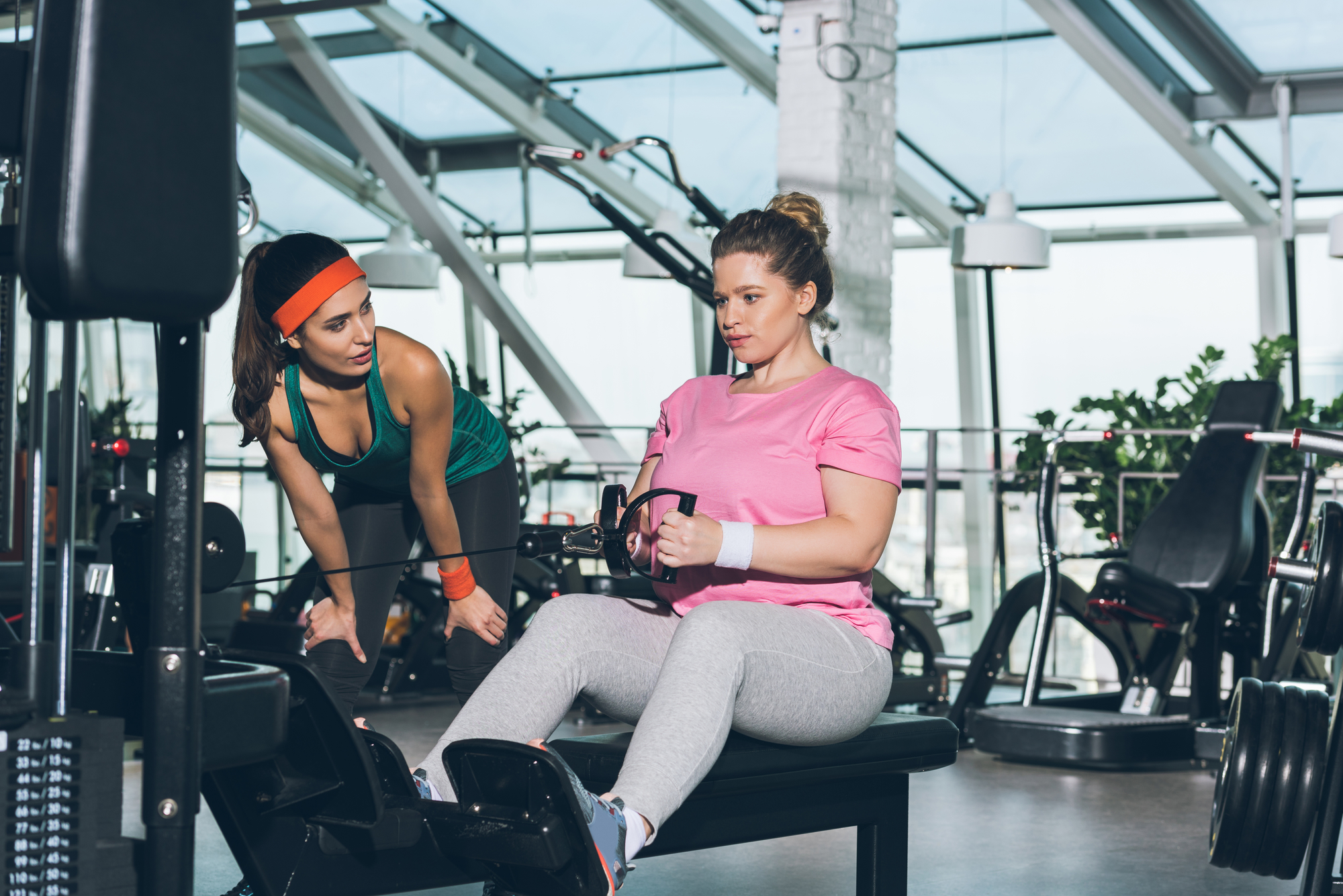 Loosen your grip on any of your previous practices that were rooted in obsession and perfectionism instead of real self-care. If the thought of getting fewer than 10,000 steps a day fills you with fear, it’s time to take off the activity tracker. If you’re used to all of your food choices being guided by calories and macros, get comfortable listening to your cravings instead.

A good litmus test is asking yourself, “Would I still be doing X if I knew for a fact my body wouldn’t change as a result?”

Ditching diet culture by yourself when it seems like everyone else is still stuck in it can feel awfully lonely. It helps to be in touch with like-minded people.

On social media, unfollow accounts that no longer fit your values, and search for new ones that include content about intuitive eating, joyful movement, and a weight-inclusive approach to health.

Look for groups online or locally in your area that are anti-diet and embrace body diversity. Educate yourself on these topics through books, podcasts, and candid conversations. 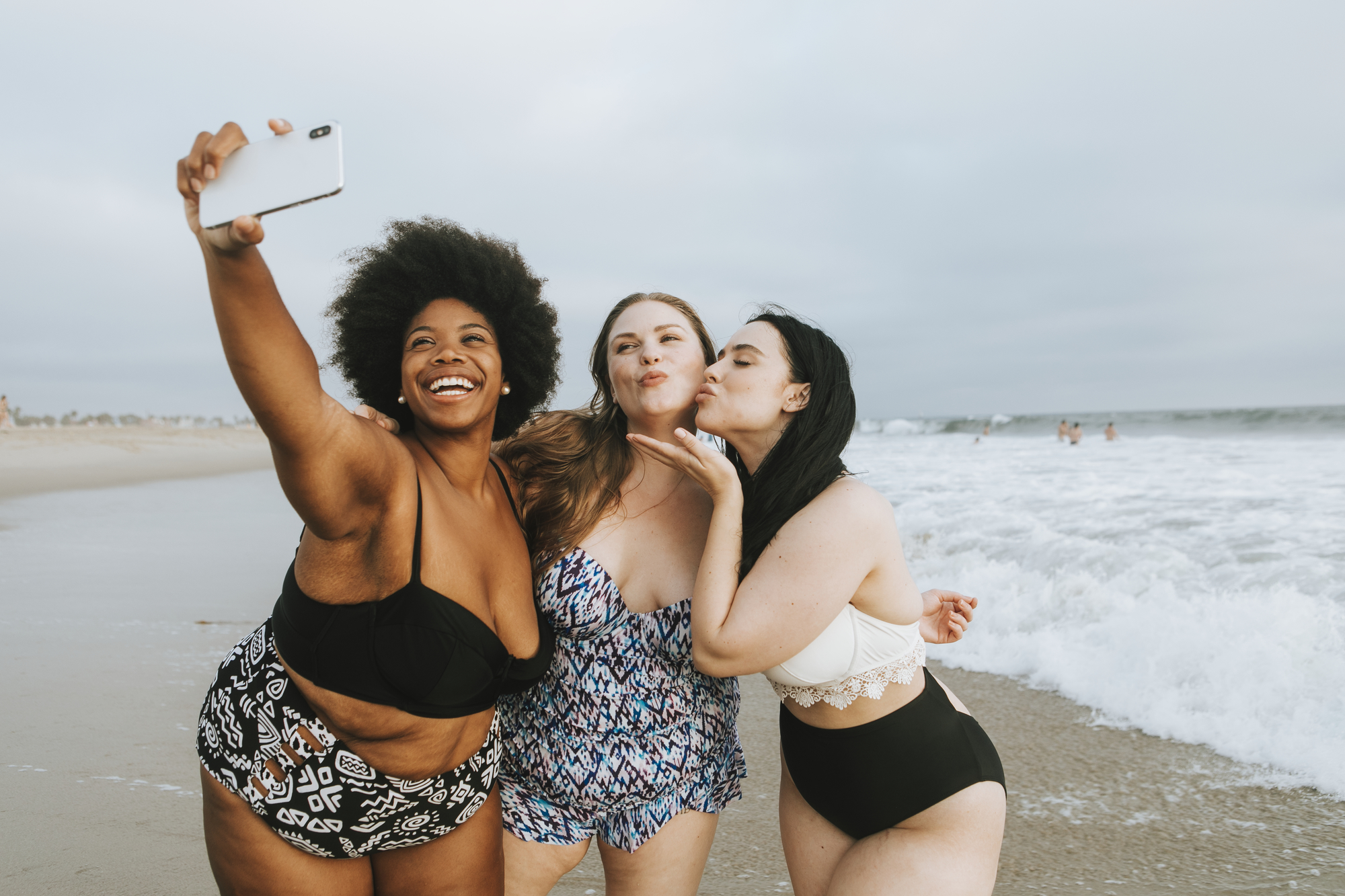 What If You’re Tempted To Return To Diet Culture?

Participating in diet culture is a form of social currency that most of us have been trying to cash in on all of our lives. Inevitably there will be times when you want to run back to its familiar embrace.

When that happens, feel your feelings, and remind yourself that you’re having a normal reaction. Getting diet culture’s siren song out of your head won’t be easy, especially in the beginning. But if you remain focused on all the reasons it’s important to dismantle diet culture, you’ll be able to keep swimming upstream, one stroke at a time.

[Note: This article about ditching diet culture was originally published on Girls Gone Strong. You can read it HERE.] 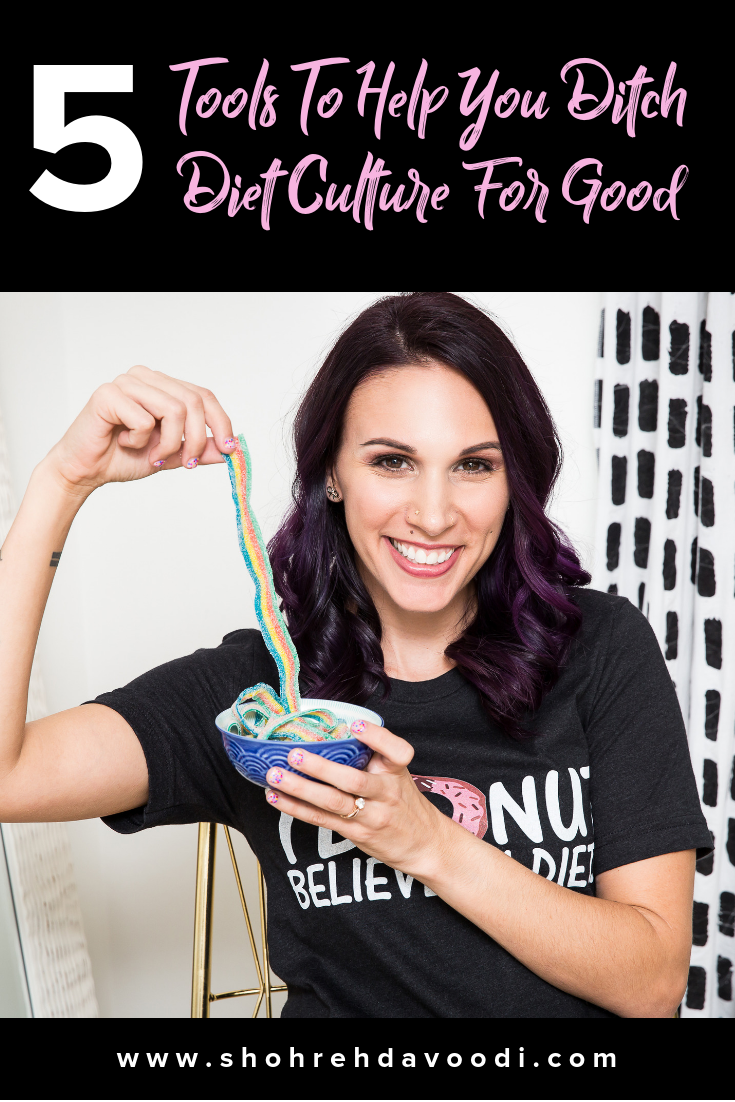 If you appreciate my content and what you are learning from it, consider leaving a tip through Paypal, Venmo, or the Cash app. Every dollar supports my livelihood and the continued creation of important content. 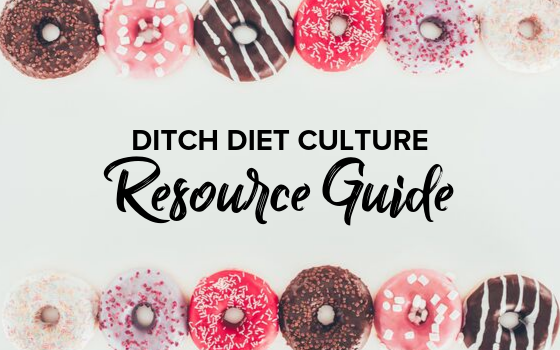 Welcome to the Ditch Diet Culture Resource Guide! As my clients work to ditch diet culture for good and embrace Health At Every Size® (HAES®) and body liberation instead, I field a lot of requests...

END_OF_DOCUMENT_TOKEN_TO_BE_REPLACED 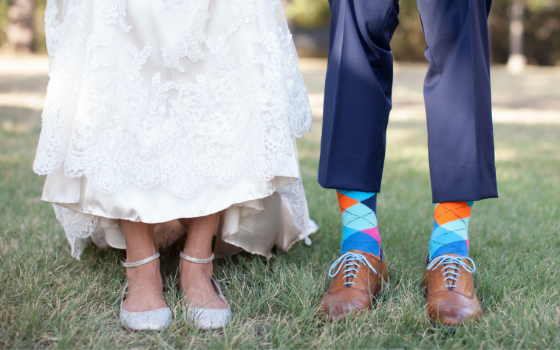 I Lost Weight For My Wedding (And I Regret It)

[CW: Discussion of wedding weight loss and restrictive exercise and diet behaviors] Today is my four-year wedding anniversary. In September of 2015, my partner and I got married on a sweltering day... 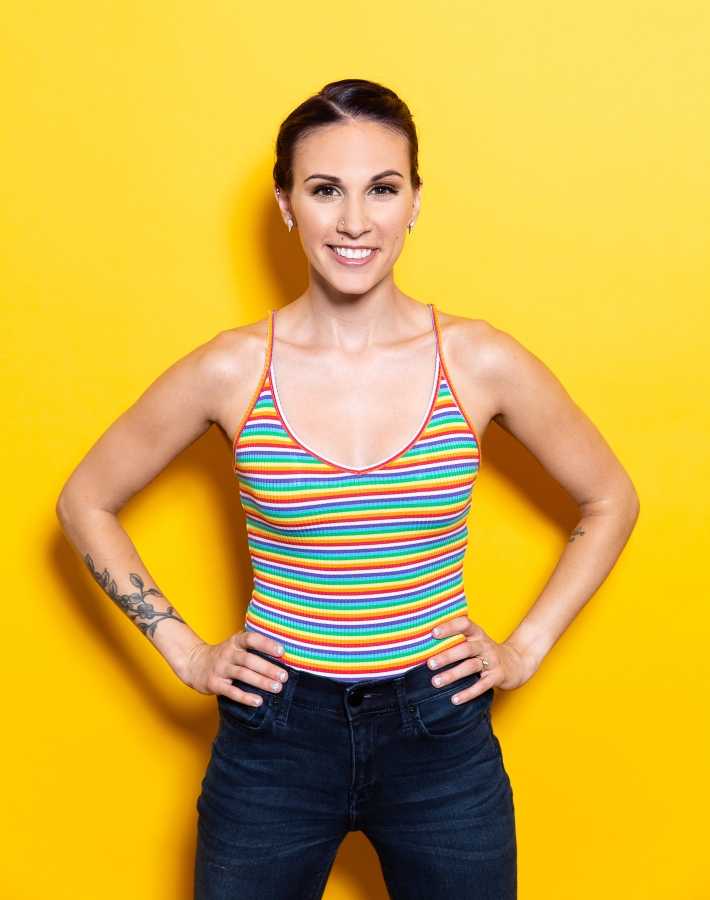 Hi, I’m Shohreh! I’m a weight-inclusive wellness coach on a mission to help you give diet culture the finger so you can eat, move, and live guilt-free.

3 ways I can help

To learn more about how we can work together, choose an option below. 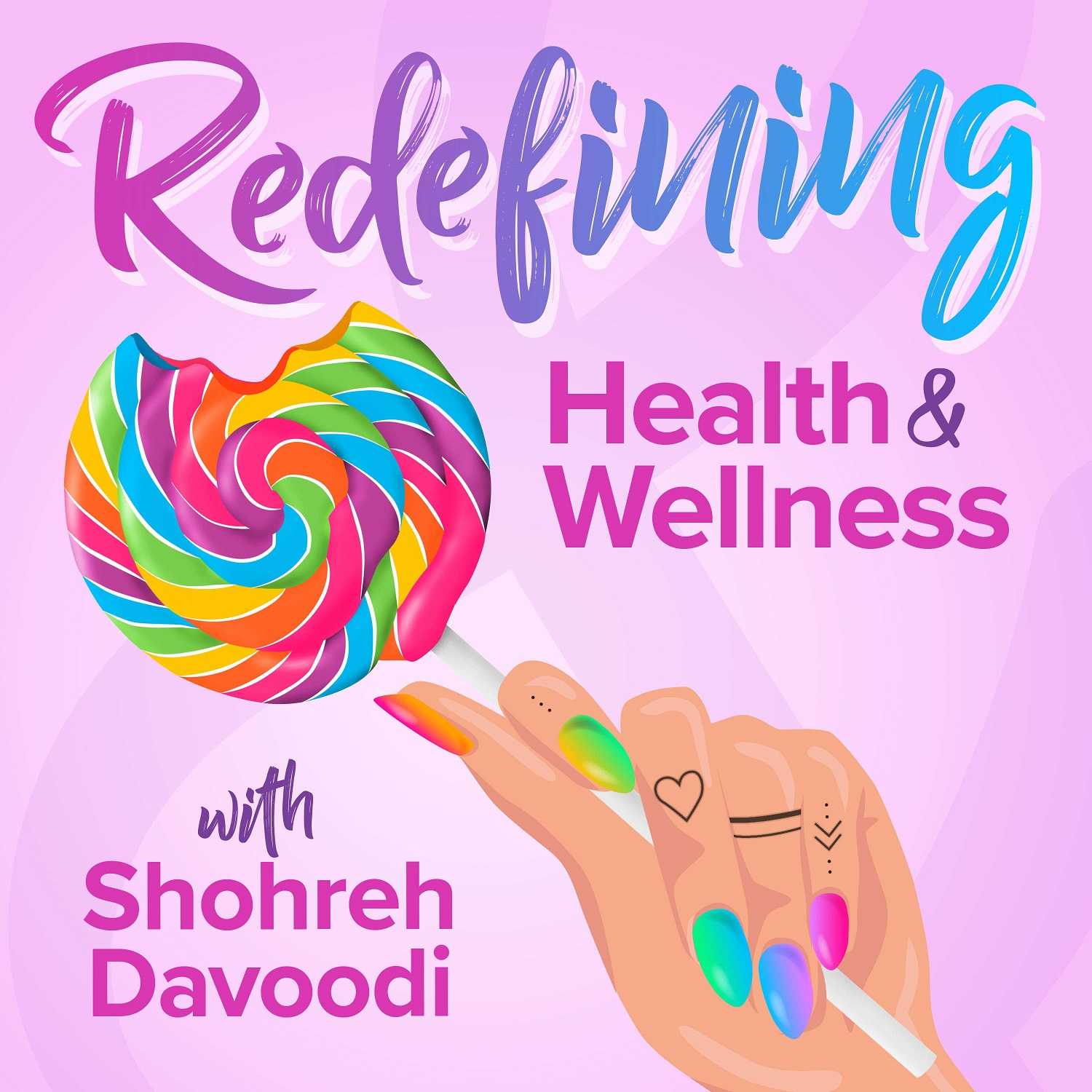 Listen in as I talk about all the aspects of health and well-being that often get ignored. You can find the Redefining Health & Wellness podcast on all of your favorite podcast players.